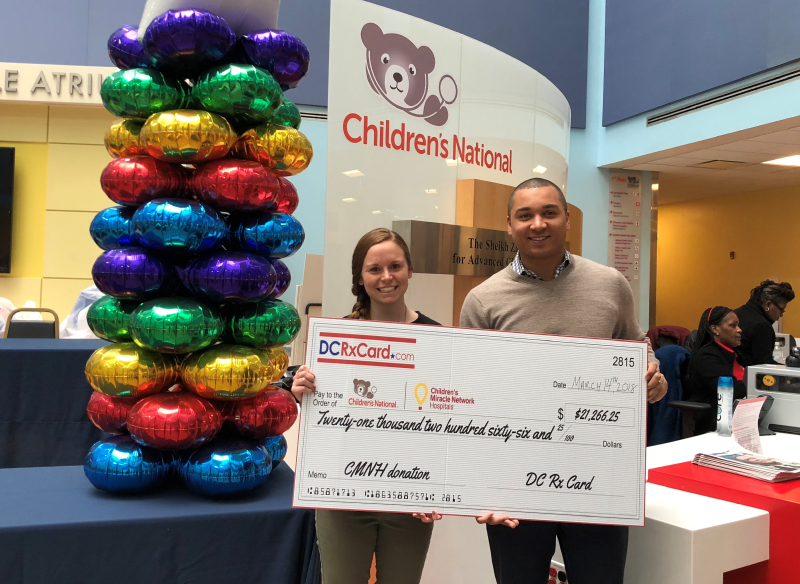 It is with great pride that DC Rx Card was able to present a check for $21,266.25 to Children’s National Hospital in DC. Accepting the check on behalf of the hospital was Sasha Dutton, Assistant Director of Children’s Miracle Network, Children’s Hospital Foundation.