The DC Chamber of Commerce is one of the many supporters of the program. "In the midst of trying economic times, DC Rx Card helps residents throughout The Washington Metropolitan Area looking for new solutions to cut the ever-rising costs of prescription medications," said Barbara Lang, President and CEO of the DC Chamber of Commerce. "The DC Chamber is proud to support a program that is open to everyone and will provide valuable savings."

The Medical Society of the District of Columbia is also working to create awareness for the program. "Far too often the high cost of pharmaceuticals stands in the way of patient compliance for obtaining needed medications," said K. Edward Shanbacker, Executive Vice President of Medical Society of the District of Colombia. "This program will assist patients, especially those without other resources, in achieving optimal health outcomes, and the physician community is pleased to have this resource for their patients."

The DC Rx Card was launched to help uninsured residents afford their prescription medications. However, the program can also be used by people that have health insurance coverage with no prescription benefits, which is common in many health savings accounts (HSA) and high deductible health plans. Additionally, people who have prescription coverage can use this program for non-formulary or non-covered drugs.

Anyone interested in obtaining a free discount prescription drug card can visit www.DCRxCard.com. CVS/Pharmacy was selected to serve as the exclusive preferred pharmacy for the program due to their size and the support they have delivered to similar programs in other parts of the country. CVS/Pharmacy has the ability to process your prescription through DC Rx Card even if you don't have a card. 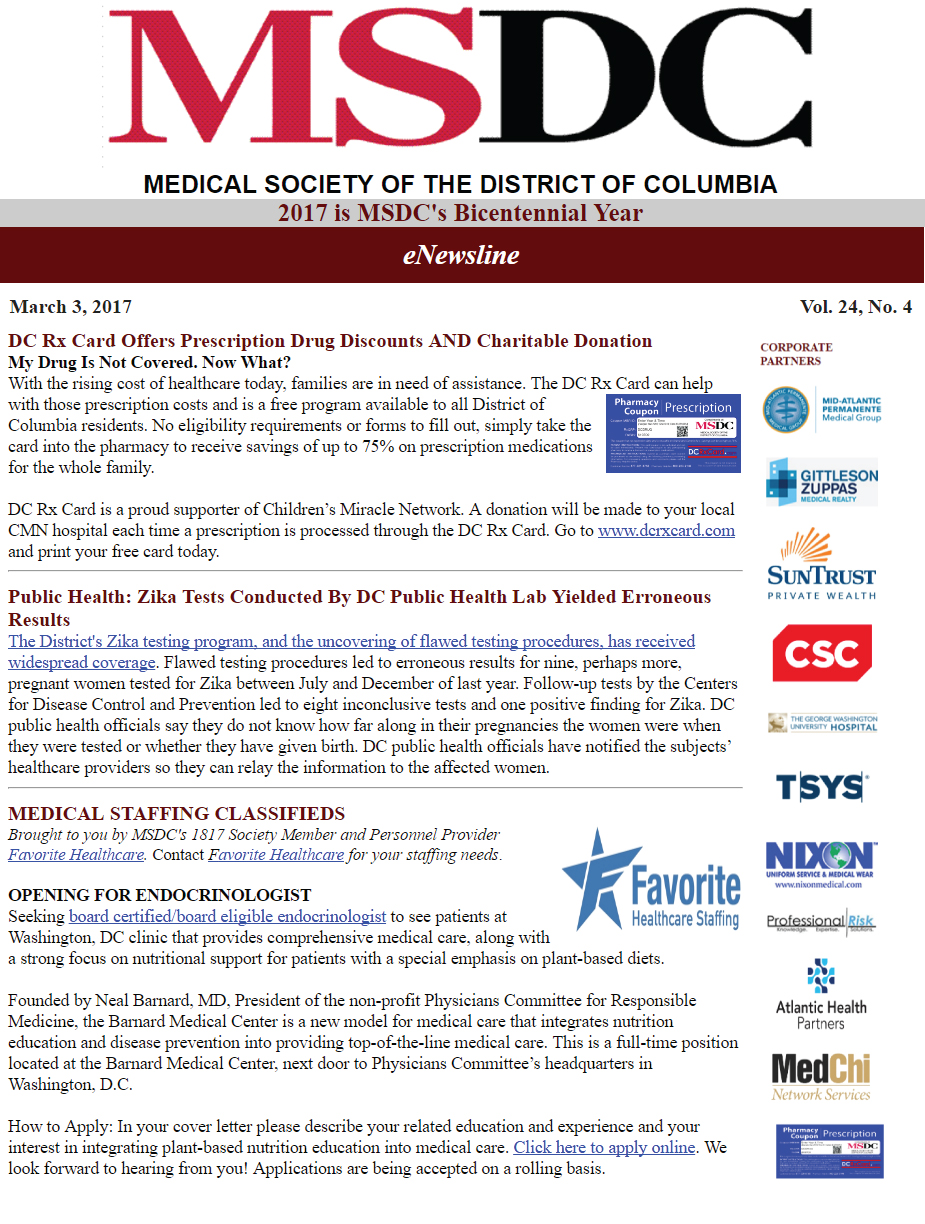 With the DC Rx card, cardholders can save an average 20 percent on the retail cost of a prescribed medication, proponents say, though the ultimate break will vary. The free card requires no enrollment form and is accepted at 98 percent of all local pharmacies, including CVS and Giant stores.

"This card will be very useful to people with moderate income who earn too much to qualify for Medicaid, but still can't afford insurance," Mayor Anthony Williams said.

The program is operated through the National Association of Counties and administered by Caremark Rx Inc. It is financed through bulk drug purchases and smaller transactions fees - not taxpayers.

The District joins dozens of U.S. counties, including Montgomery and Prince George's, who already are members of the discount program.

Some 14,000 city residents earn too much to qualify for Medicaid but remain without health coverage. The card also can be used by insured residents to save on non-covered medications, or by anyone for prescribed pet drugs.

D.C. Council Member David Catania, chairman of the health committee, said the discount is "really the difference between life and death."

"It's a small step, but it is one ... that will have terrific benefits for everyone," Catania said.